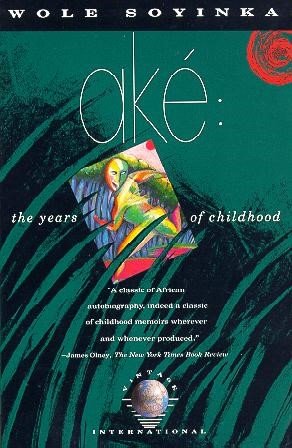 The evocation of the wonder of a child’s discovery of the world and his place in it.

Aké: The Years of Childhood is a memoir by Nigerian writer Wole Soyinka that was first published in 1981. This book tells the story of Wole’s boyhood before and during World War II in a Yoruba village in western Nigeria called Aké. This was where the author spent the first 12 years of his life before moving to the Government College in Ibadan in 1946. A relentlessly curious child who loved books and getting into trouble, Soyinka grew up on a parsonage compound. He was raised by Christian parents and by a grandfather who introduced him to Yoruba spiritual traditions. His vivid evocation of the colorful sights, sounds, and aromas of the world that shaped him is both lyrically beautiful and laced with humor and the sheer delight of a child’s-eye view. A classic of African autobiography, Aké is also a transcendantly timeless portrait of the mysteries of childhood.

The book touches family values, Nigeria’s historical overview, about influence of the Christian missions. It also talks about colonial Nigeria, and politics in the crisis years to begin with.