When early and ancient African civilizations are discussed, the Egyptian empire dominates most of these conversations. However in African history, there were many more intimidating and powerful empires that controlled trade routes, built beautiful cities and great architectural monuments that still stand today. From the Kingdom of Kush to the Songhai Empire. Here are some of the great African Empires and pre-colonial states in the history of Africa.

The Kingdom of Kush

The kingdom of Kush was a regional African power for thousands of years although it was overshadowed by its Egyptian neighbor. It ruled over a large expanse of territory along the Nile River in what is now Sudan. Almost all knowledge about Kush comes from Egyptian sources indicating it was an economic Centre trading lucratively in ivory, incense, iron and most importantly gold. The kingdom was both a trading partner and military rival of Egypt and in fact ruled Egypt as the 25th Dynasty. The area surrounding Meroe the ancient Kushite capital houses ruins of over 200 pyramids more than in all of Egypt.

The Land of Punt

The land of Punt was a very mysterious civilization. Historical records of the kingdom date at around 2500 B.C when it appears as a “Land of The Gods” rich in ebony, gold and exotic animals. In the 15th century during the reign of Queen Hatshepsut Egypt sent huge caravans on trade missions to Punt yet they never revealed where it was located. The site of this mysterious kingdom is now a hot debate among scholars. The Arabian Peninsula and Levant have both been proposed as potential sites but most believe it to have existed on the red sea coast of East Africa. Although researchers have tried their best, the true location of the Land of Punt remains unknown.

Carthage was Rome’s most popular rival during the Punic Wars. It was a North African commercial hub that flourished for more than 500 years. The city-state began its life in about the 8th or 9th century as a Phoenician settlement in present day Tunisia, but it later transformed into an intimidating seafaring empire that dominated trade in textiles, gold, silver and copper. Its influence later spread into Spain and the Mediterranean and this threatened the Roman Empire. This eventually led to their clash in three bloody Punic wars with the near annihilation of Carthage. In African history, ruins of this great ancient empire can still be seen in Tunis.

The rise of the Mali Empire can be traced back to the 1200’s. A ruler named Sundiata Keita popularly called the Lion King led a revolution against a Sosso King and united his subjects into a new state. Under Keita and his successors, the empire flourished and grew rich in trade. The most important cities were Djenne and Timbuktu, both were revered for their elaborate mosques and Islamic schools. Timbuktu’s Sankore University was one of such institutions with a library of over 700,000 manuscripts. At its peak, it was one of the jewels of Africa and was known for its wealth and luxury before its eventual disintegration in the 16th century. There was a legendary tale about Mansa Musa who made a stopover in Egypt during the 14th century pilgrimage to Mecca. According to contemporary sources Mansa Musa gave out so much gold that led to the plummeting of its value in Egyptian markets that it took several years to recover.

When it comes to size very few states in African history can be compared to the Songhai Empire. It began around the 15th century with some of the former regions of the Mali Empire. This empire was larger than Western Europe. It was separated into provinces each ruled by its own governor and prospered, thanks to vigorous trade policies and sophisticated bureaucratic system. In the early 16th century under the leadership of King Muhammad I Askia, Songhai formed an alliance with Egypt and established hundreds of Islamic schools in Timbuktu. The Songhai Empire later crumbled after a civil war left it vulnerable to an invasion by the Sultan of Morocco. 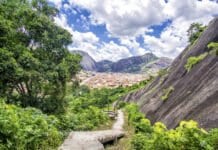 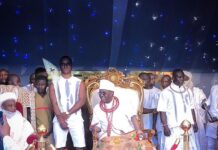