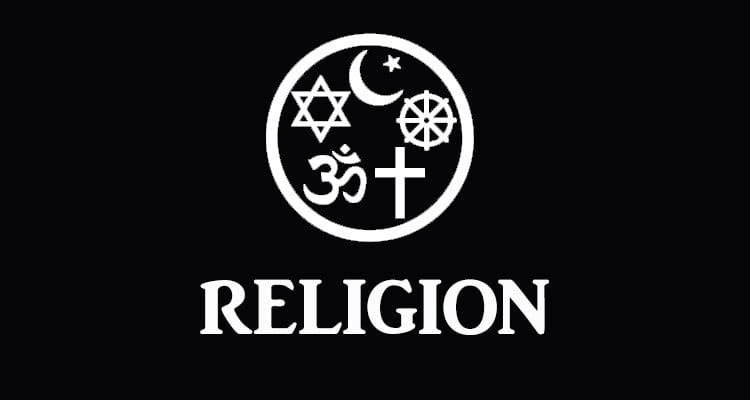 There is no gainsaying that Islam is a linchpin to achieving great success and breakthrough for it has in many ways become a well-established and proven fact. Religion and economy are dependent variables when it comes to economy growth. Religion can influence economic perofamnce in terms of honesty, work ethic, etc. through an individual characteristics. In this article, we are presenting 5 Islamic practices that could boost productivity in Africa.

Allah said in His Holy Book – Al-Quran that: “Certainly will the believers have succeeded” (Q23:1). He also proceeded in guiding us and bestowed upon us His messenger – Prophet Muhammed (PBUH) who in every of his doings set examples and left us with proofs which we can administer in any challenge we are faced with.

Allah said in His Holy Book – Al-Qur’an that: “Those who follow the messenger, the unlettered prophet, whom they find written in what they have of the Torah and the Gospel, who enjoins upon them what is right and forbids them what is wrong and makes lawful for them the evil and relieves them of their burden and the shackles which were upon them. So, they believed in him, honored him, supported him and followed the light which was sent down with him- it is those who will be successful” (Q7:69)

He also affirmed this fact by proceeding to say in Quran 33 verse 21 that, “Indeed in the Messenger of Allah you have an excellent example to follow for him who hopes in (the meeting with) Allah and the Last Day and remembers Allah much”

For this reason, it is very much expected to say Muslims are susceptible to success if they follow the guidance and paths laid down by Allah through the Prophet (PBUH).

So, it is pertinent to say whenever we hear success stories of Muslims around the world it is but a sign and affirmation of the promises of their Lord.

In following and acting upon the Islamic teachings and cultures, there are many ways it could improve productivity individually and generally in a country or continent as a whole.

The city of Madinah is a notable example of this success. The people of Madinah welcomed and accepted the Prophet’s injunctions and messages and this led them to becoming a well-recognized and frequently visited city by different people around the world up to this day.

In this post, few ways in which some Islamic cultures – if well followed and administered in the day to day activities of each individual, a country or continent as a whole, would aid improvement in their productivity and relevance in the midst of others are carefully highlighted.

A very much emphasized Islamic culture both in the Quran and the Hadith of the Prophet (PBUH) is Time Management.

It is a very well highlighted virtue by the prophet during his time that he mentioned as recorded in the hadith Narrated by Abdullah bin Mas’ud that:

Inadequate Time management is a problem eating up productivity in our everyday lives. From the time wasted on Social media to those spent in engaging in fruitless arguments to those quenched excessively on the bed. Time is an art that needs mastering for when it passes, it never returns!

As an individual, country or continent as a whole when we begin to manage our time, fixate particular activities for some specific time and act accordingly, we would see improvements in our productivity and delivery.

As a country, delegates should be assigned to particular works, meetings and congresses should hold at strategic times for effective planning and executions. This art of Time Management when well mastered and administered would go a long way in affecting positively results generated.

Another great culture which is well pronounced in the Islamic religion is the Hijrah – usually translated as migration from a particular place to another. This beautiful art is also one of the ways which could help in increasing productivity in the society.

The productivity principle related to Hijrah is a change of place of action. Hijrah as performed by the messenger and his followers wasn’t just a migration from Makkah to Madinah. It was a journey to find a more suitable place to put Islam into action.

A change in place of action in relation to an individual may be likened to an intellectual migration from a subjugated mind to an awakened spirit. When we make move to leaving the ways of bad acts for justice and peace, we would begin to witness more and more productivity in our respective endeavors.

As a country or continent as a whole, physical migration and perseverance is an important element in establishing justice and peace. Whenever we perceive a rejection of a bill or proposition in a particular region or state, it is best advisable to try it in another part or region of the country (or continent) for its feasibility and effectiveness rather than enforcing it on the people which may in turn result in a revolt or more violence backlash.

Taking the easier path is another principle of productivity exhibited and established in the teachings of Islam. As narrated by Aishah Bint Abu Bakr – the wife of the Prophet (PBUH), she said: “Whenever the Prophet had to choose between two options, he always opted for the easier one.” (recorded by Bukhari).

To choose the easier path simply means that one should evaluate critically one’s options and choose the most feasible. One which would be less controversial and would see less shortfalls when compared to others.

This trivial looking virtue when well considered and followed by any individual, country or continent would in a long way be effective and enormous in affecting positively one’s productivity.

Making A Friend Out Of An Enemy

Another well practiced culture by the Prophet (PBUH) is the art of making a friend out of an enemy. The Prophet taught us to always see an advantage in every disadvantage.

The prophet of Islam was repeatedly subjected to practices of antagonism by the unbelievers and was faced with many problems and difficulties. Allah consoled him with a verse in the Quran saying, “So verily, with hardship, there is ease” (Q94:5).

When the unbelievers did not stop the incessant move of opposition which were accompanied with violent acts, the Prophet was soothed with another verse of the Quran which reads, “You will see your direst enemy has become your closest friend” (Q41:34)

His life was a historical proof of the principle of making a friend out of an enemy when he granted amnesty to the unbelievers after the blood-less conquest of Makkah. All the enemies of Islam were pardon and this great move further strengthened the establishment and propagation of Islam afterwards.

As a country or continent, violent means shouldn’t be the only weapon or approach to administer in countering attacks of enemies. More peaceful means and compromises should be reached a times and used in sorting out their differences with the involved parties and this will in many ways expand their tentacles and position in the midst of others.

Another notable and well emphasized culture of Islam is Education or simply search for knowledge. This takes precedence over a lot of other teachings of Islam.

The status of seeker of knowledge is great in Islam that Allah praised knowledge and those who seek it in His Holy Book saying:

And also in Quran 35 verse 28, He said, “only those fear Allah, from amongst His servants, who have knowledge…” This essential quest for knowledge was also established in the sayings of the prophet as narrated by Abu Darda that he said: “whoever follows a path in the pursuit of knowledge, Allah will make easy for him a path to paradise. The angels lower their wings in approval of the seeker of knowledge, and everyone in the heavens and earth prays for forgiveness for the seeker of knowledge, even the fish in the sea……”

The importance of Education can also be seen in the action of the Prophet after the battle of Badr. About 70 of the unbelievers were taken as prisoners of war. They were educated people. The Prophet then announced that if any of them would teach ten Muslim children how to read and write he would be freed.

Education is hence an art to be favored in every aspect of a functioning society for it bridges gap of communication, aids development and discovery of new heights that would relevantly change the economic, social and financial situation of the society.

It is therefore encouraged to take education as a tool in bettering the society as it is central to success. Every child in the society must be taught something in order to increase his/her relevance to himself or herself and to the society at large.