John Boyega dishes on the next ‘Star Wars,’ and why he doesn’t watch ‘Game of Thrones.’

According to Variety Magazine, John Boyega  does not Watch ‘Game of Thrones.’

The Nigerian-British actor covers the weekly entertainment publication’s 2017 “POWER of YOUNG HOLLYWOOD” New York issue, as they honor three people who are young and powerful in Hollywood. The honorees include: John Boyega, Chloe Grace Moretz, and Zendaya.

While he may have starred in one of the biggest hits in history, the actor still feels like a regular dude. The “Star Wars” actor is still able to walk the supermarket aisles and public places without being swarmed by paparazzi.

“One movie can’t change your life to the point where you can’t walk the streets,” he tells Variety. “I go to the supermarket. I do my own shopping. I go out to the park with my friends. I go to the movies. Some people recognize me, but with most it doesn’t register.”

In the article, Boyega talks about his intentions to prove his versatility beyond the Star Wars stardom, and giving up on “Game of Thrones” after watching the pilot.

Read more of the article on this latest issue of Variety.

Watch behind-the-scenes footage from Boyega’s Variety cover shoot below as part of “Uncovered” presented by H&M. 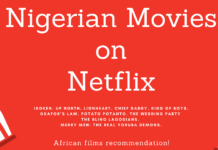 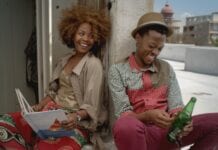 The Best South African Movies to Watch on Netflix