Nigeria’s Mr. Eazi, and a Ghanaian-based performer, is Apple Music’s Newest ‘Up Next’ Artist, the music streaming platform’s emerging artist franchise. The announcement arrives with a new Mr Eazi documentary, a live performance and a Beats 1 interview with Julie Adenuga on Beats 1 Radio.

We also recommend our guide to the 10 best Ghanaian movies of 2017.

From Nigeria to the world – Afrobeat continues to blur the sound-boarder. Apple Music has announced Nigerian Afrobeat musician, Mr Eazi, as the latest in the streaming service’s emerging artist series.
Up Next: Catch a Vibe – Mr Eazi

Mr. Eazi appeared live on Late Late Show with James Corden on the evening of July 26, and thrilled the audience as he performed hits like “In The Morning,” and “Leg Over.” The streaming service (Apple Music) will promote Mr. Eazi’s songs on its playlists and on the iTunes store.

Mr Eazi, born Oluwatosin Oluwole Ajibade in Port Harcourt, Nigeria before moving to the outskirts of Lagos where he grew up. After high school, he relocated to Ghana, where he attended university in Kumasi, Ghana. Mr Eazi is known for his Banku signature sound, which fuses elements of music from both Nigeria and Ghana. 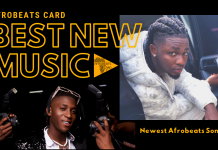 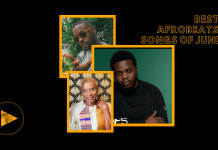