Kwazulu-Natal, a coastal province in South Africa also known as the garden province is a ravishingly beautiful tropical land spread across the shore lines of the Indian Ocean. This province is a beacon for culture and creative souls to showcase the art beauties of South Africa. Africa houses dozens of African museums and galleries that contain priceless works of African art and history. The history, art and heritage of the Kwazulu-Natal people are best to be found at these museums. From the Kwazulu-Natal Museum and Ladysmith Siege Museum to Talana Museum, here are top museums in Kwazulu-Natal that are worth a visit.

This is one of the only five national museums in South Africa which is known to exhibit detailed interesting works of art from the history of the Kwazulu-Natal clan to that of South Africa as a whole. It also happens to be one of the most visited tourist centers in Kwazulu-Natal as a result of it’s collections of an array of rich wildlife ranging from dinosaurs to elephants, insects and birds of various kinds. The museum is well visited by children as it specializes in various educative exhibits which young kids and teenagers find most interesting. Temporary exhibitions and happenings also take place at the museum which makes it being flooded by even more tourists and the museum also opened an impressive exhibiton on the soccer World Cup in May, 2010.

This Museum is located in the small town of Himeville which is nestled in the heart of Kwazulu Natal and enjoys a the magnificent view of Drakensberg mountains which lies behind the little town. The Himeville museum which was originally a fort was built in 1899 and KS known to feature various items ranging from fossils and artifacts to African bead works. The museum has various rooms which depicts life in various pastel years as the Boer war, the two world wars and the and times of the Himeville people in the earlier times.

The name Talana is a word in Zulu language which means “the shelf where precious items are stored” and this simply relates to the amount of precious works of art and artifacts stored in the Talana museum. The museum which is built on the actual Talana battlefield at the base of Talana Hill is home to different interesting works of ancient which relates the history and happenings of the Talana people in the past. Tourists and visitors are being taken on educative tours around the museum in other to absorb the impact of the ‘Boer’ (Farmer), British and Zulu combat legacy, by well informed guides. The also has a restaurant which serves visiting tourists array of delicious delicacies and refreshments at very affordable prices while they’re on tour of the museum. Various uniforms, weapons, photographs and artifacts are exhibited at the museum as well so as to depict consistent war between the Brit, Zulu and Boer during the old times.

This was once the headquarters of the city of Durban’s infamous Native Administration department. The museum is known to reflect Durban’s urban growth and the history of it’s residents during the apartheid era.

Tatham Museum which is located in Pietermaritzburg is dated back to 1903 and was established by Mrs Ada Tathum. The museum serves the Msundizi people through the available visual arts at the museum while most of it’s South African works focuses more on Kwazulu Natal. The museum also exhibits various works of art ranging from a collection of significant French and British art works from the 18th century. The ground floor house abstract depictions of South Africa’s people and street scenes while the top floor is home to portraits, sculptures and beautiful displays of ceramics.

Bergtheil Museum which is situated around a beautiful park was named after Jonas Bergtheil who was the director of the Natal Cotton company which is a significant part of the history of the Kwazulu people. The museum houses various works of art relating to the history of this part of South Africa such as collections of documents, photographs and artifacts. The building which was declared a National monument in 1983 focuses on the 1848 German settlers Jonas Bergtheil brought to Kwazulu Natal.

This monument is specially dedicated to those who fought for the freedom and peace of their nation with everything they had, sacrificing their lives and reputations. It is known to exhibit collections of photographs, newspapers and mementos of the apartheid regime in South Africa.

This Museum was built in 1884 and served as a ration post for civilians before it was later transformed into a monument in 1985. It is one of the many Anglo Boer war museums in the world which most of it’s collections depicts life and the happenings during the seige. It paints a picture of the whole seige times into life with the use of black and white photographs, electronic mapping and documents from the past.

This cultural monument houses some of the finest collections of African works of art such as beadwork, snuff containers, earplugs and so many other items. The museum which sells some contemporary and traditional South African arts and crafts is being governed by the Phansi Museum Trust, a non profit organization.

Fort Amiel Museum is a monument in Kwazulu Natal which was originally built as a fort and lookout post for the British by Major Charles Frederick Amiel in 1876. The monument is now home to items of art and also exhibits historical events such as the two Anglo boer wars and a reconstruction of the British army base amongst other significant events and happenings in the history of South Africa.

We also recommend our guide to the best B&B and Guest Houses in Grahamstown. 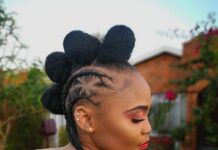 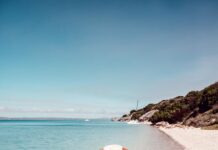