Home Entertainment Music 10 Tanzanian Artists You Should Be Listening To

Bongo flava seems to be taking the world by storm, particularly in the wake of the global demand for Afrobeats. Tanzania might not be the home of afrobeats, but there are excellent artists throughout the country nonetheless, from established continental superstars to hungry up-and-comers. So here are 10 Tanzanian artists you should be listening to.

We also recommend our guide to the 10 most beautiful towns in Tanzania.

Vanessa is one of the biggest artists of the bongo flava genre in Tanzania and, in a genre largely dominated by male artists. She has been making popular songs back to back, and has garnered a huge following beyond Tanzania. Vanessa released her debut album ‘Money Mondays’ on 15 January 2018.

The Tanzanian bongo flava artist who really needs no introduction: the hit machine that is Diamond Platnumz. This Tandale-born bongo flava superstar has a number of massive hits to his name, including Sikomi, Nana and, of course, the continental smash hit Number One. The track that featured Nigerian superstar Davido solidified Diamond Platnumz’s reputation as the one of the hottest artists in Africa. And his collaboration with Omarion on African Beauty track has helped the artist to gain a new global audience.

Another bongo flava artist with a strong continental reputation, Alikiba has been responsible for some Tanzanian huge tunes. His Cinderella album has been credited as one of the bestselling albums in East African countries including Tanzania, Kenya and Uganda. Alikiba’s music is naturally indebted to African sounds, but there’s a lot more to him as an artist.

Judith Wambura Mbibo aka Lady Jaydee is one of the female pioneers of the bongo flava. She was one of the first women to score a hit song in the entire country. She has been making popular songs since back in 2000, but remains active to this day. In 2003, she won the Best African East award at the Channel O Music Video Awards. Lady Jaydee is widely regarded as the Queen of Bongo Flava.

With several highlights and records in his career, Professor Jay is a superstar of Tanzanian hip hop. One of the reputable representatives of the bongo flava. He is a rapper and politician, an artist whose fame extends music. In 2015 during the Tanzanian general elections, he successfully contested for Mikumi constituency parliamentary seat for CHADEMA political party.

Harmoniza is a young Tanzania singer and songwriter: he began his music career back in 2011 but scored his first bongo flava hit in 2015 with Aiyola. You will surely be familiar with some of his works through his collaborations with Diamond Platnumz, and Mavin Record’s superstar, Korede Bello, along with his own solo material.

Maua Sama is the great female hope in a genre that is still overwhelmingly dominated by male artists and perspectives. She may not be as big as the male artists, but don’t write her off. Since bursting on the scene, she has collaborated with such bongo flava luminaries as Hanstone, Ben Pol and Vanessa Mdee, and has well over 17 million YouTube views, making her easily the one of most well-known and respected new female artists in Tanzania.

Born Benard Michael Paul Mnyang’anga, Ben Pol is another Tanzanian artist who started young and has since made big waves in the Tanzanian music scene. He’s featured on Darassa’s bongo flava hit Muziki: it was Nominated in Afrimma Awards in the categories of Song of the year and Best collaboration in Africa.

One of the more eclectic Tanzanian bongo flava artists out there today, his music and style is unmistakable. Rayvanny signed to WCB Wasafi, a Tanzanian-based record label founded by Diamond Platnumz. His 2016 single Kwetu was a massive hit in East Africa, a song inked his name in the bongo flava genre.

Born Ambwene Allen Yessayah in Mtwara, Tanzania, A.Y. is the talented star of Tanzanian music. AY is among the first bongo flava artists to commercialize hip hop in the entire country. He is such an important figure in Tanzanian music that it is nearly impossible to stay relevant for two decade. With songs such as “Usijarib,” A.Y. is not only one of the most popular artists in Tanzania, but also a prominent figure in East Africa. 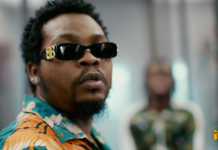 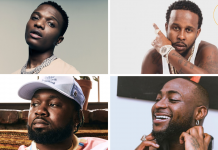 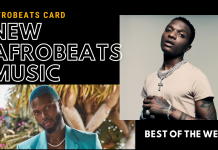