We also recommend our guide to the top museums and art galleries in Kigali.

Panorama reporter Feral Keane made this documentary in 1994, and it remains relevant and interesting to this day. Focuses on his travel deep into rebel, and the government held territory in Rwanda during the genocide. The documentary won the prestigious Royal Television Society’s International Current Affairs Award.

Roger Spottiswoode’s 2007 war drama film continues to be regarded as one of the best films ever about a tragic events in Rwanda. The story of the Canadian General Romeo Dallaire’s frustrated efforts to stop the Rwandan Genocide madness. Mostly filmed on location in Rwanda, Shake Hands with the Devil serves as a scathing indictment of humanity. And how the United Nations turned a blind eye to the human carnage that took place in Rwanda. It has received numerous awards and nominations.

A historical drama film about the Rwandan Genocide of 1994. Sometimes in April is a very touching and insightful movie about Augustin Muganza. A Hutu who witnessed the killing of almost a million people in during the genocide. A honest attempt to tell the story of the events leading up to the outbreak of brutal violent crimes. And the people struggling to survive the genocide when the world literally turned its head. The aftermath as the nation try to find justice and reconciliation.

A goosebumps tale of strength and madness. Shooting Dogs tells the stories of an European Catholic priest and the English teacher who are caught up in the events of the Rwandan genocide. What makes this movie extraordinary is that some survivors of the massacre worked as part of the production crew. They had minor acting roles and were telling their own stories. Released in the United States as Beyond the Gates.

In this 1998 documentary, Steve Bradshaw investigated why the West literally stood by and did nothing as the Rwandan massacre unfolded. Most importantly, as to why the United Nations prevented peacekeepers from being sent to Rwanda much earlier. It won the One World International Documentary Award and the Amnesty International Annual Award.

Un dimanche à Kigali (original title). Directed by Robert Favreau, based on Gil Courtemanche’s book, A Sunday at the pool in Kigali. The film was set in Kigali, Rwanda of the 1994s and explores story romance and war. A tale about Bernard Valcourt, a Canadian journalist, and documentary filmmaker, that fell in love with Gentille, a Tutsi waitress at the hotel he was staying. They get separated as Rwanda moves toward civil war, the horrific events involving Hutus and Tutsis that tragically leads to the Rwandan genocide. What would you do for love? 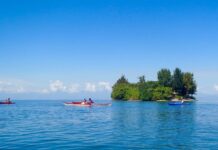 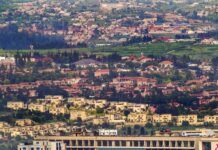 11 Best Things to Do in Kigali