Home Africa 5 of the Hottest Hip Hop Artists in Africa

Growing up, you must have listened to rappers like Tupac, Notorious, Nas, and Ice Cube etc. Not necessarily choices made by myself but these were the records your family siblings, friends or your surroundings played, so naturally as an adult, you might gravitated towards hip hop. If there were African hip hop artists then, many never heard about them or embraced it. However, hip hop music all in Africa is not the same. Each region has its own style, but each still retains elements that makes it hip hop. From Sarkodie to Olamide; here is a list of the hottest hip-hop artists in the different regions of Africa.

We also recommend our guide Nigeria’s Afrobeats 10 most popular music videos on YouTube.

The South African hip-hop is more politically charged and socially conscious and Cassper Nyovest represents this. Personally, this man can hold his ground and even best any foreign rapper out there. The maturity, consciousness and delivery of his lyrics for me is unparalleled. One of this best African rappers of this generation.

The Nigerian music Industry is more about parties and fun. Olamide needs no introduction. Within a relatively short span he has dominated the air waves. From melancholic tunes like Melo melo to party hits like Shakiti Bobo. Badoo has just been too consistent since the release of his first studio album Rapsodi in 2011. His recent song “WO” which although has been banned is still receiving massive patronage. Olamide doesn’t disappoint, and has remained hot within Nigerian music scene for straight 10 years with hits after hits. Its so easy to see why he’s been a top tier entrepreneur and one of the best rappers in the continent.

In Kenya hip hop is more localized and involves the heavy use of Swahili and English which are the official languages of Kenya. Local dialects also feature heavily. Khaligraph raps fluent in both Swahili and English and uses his music as a form of expression of the hard times he faced while growing up in Nairobi. He may not be that popular in other parts of Africa but he’s holding it down in East Africa.

Sarkodie, the Ghanaian wordsmith is considered by many as the best rapper in Africa. In recent years there has been an increased demand from the Ghanaian population for hip hop music and Sarkodie is at the forefront when it comes to the delivery. Known for his fast rapping style, he delivers his songs in his native twi tongue, English and Pidgin English. He has major collaborations with Nigerian artistes such as Wizkid, M.I, and Ice Prince Etc. Though most times I can’t understand what he’s saying, he sounds pretty good to me.

Obviously much of the English speaking world know little about Don Bigg but in North Africa, this guy is a big deal. Famed for his raw and outspoken style, Don Bigg is one of the few Arab hip-hop artiste’s successfully exporting Moroccan rap to the rest of the world. He has toured Europe and the Middle East extensively. With a law degree and three year practice experience, international TV channels produce programs with musical and political debates as themes for Don Bigg.

This is just a brief guide, and glimpse at one of the genres fastest growing music industry in the world. From Nigeria to Kenya to the Arab Morocco. Hip hop is a universal language and Africa is fluent. 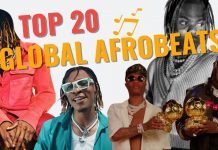 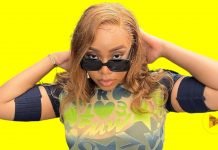 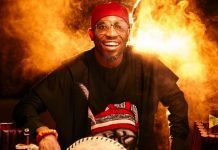