In Angola, Luanda is the biggest urban centre, however it has limited shopping options on offer. Located on the Atlantic coast is Luanda, the capital of Angola – one of the major Portuguese-speaking capital cities in the world. Luanda, was long held back from decades of conflicts and wars, which only seized in early 2000s. Refusing to be defined by its devastating past, Angola has focused on rebuilding its nation. Thanks to the nation’s reborn wealth, Luanda has seen a massive construction rebirth. The city now boasts a slew of new towering-high-rises and several international companies. With that comes new commercial shopping centres. Not in array of choices, but each shopping centre has enough to carter for the locals, expats and tourists alike. Here are some of the best shopping malls the city of Luanda has to offer.

We also recommend our brief introduction to Luanda, the world’s most expensive city.

The Belas Shopping centre can be found in the Talatona area of Luanda. Arguably the first modern shopping centre to hit the city when it started rebuilding after the wars. Opened in 2008, this mall offered the trendiest stores to tourists and local. An extensive food court, plus movie theater and numerous restaurants dishing local and global cuisines. This shopping centre makes a full day of an intense shopping work-out experience. Here, items are fairly priced, so your wallet wouldn’t suffer a huge blow.

The Atrium Nova Vida shopping centre is located nearby by the Nova Vida suburban. A small shopping mall, excellent for quick friends meeting, and a good shopping space with great ambience. Visitors can relax at the top floor, or indulge some game in the bowling room. This cozy shopping centre have stores including drugstore, clothing, tech-wares, restaurants and bars. Only paid parking available.

The Avennida Shopping Centre is one of the modern shopping malls in Luanda. An actual shopping centre, commercial spaces to casual and high-end stores. Variety of shops including hypermarket Candando, cinema, restaurants, and others. One of the most acclaimed outing spots in the city. Offering a unique shopping experience in Angola.

Xyami is a shopping mall chain with branches sprinkled around Angola. Opening a shopping centre in the Morro Bento neighbourhood, adds diversity to shopping options in the city. Another bonus place for the city, to visit for shopping or just a hangout. 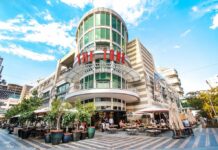 The Best Shopping Malls in Johannesburg 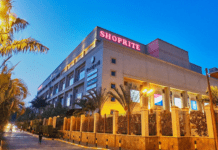 Guide to the Best Shopping Malls in Nairobi 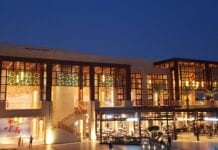 The Best Shopping Malls in Cairo