When it comes to worldwide entertainment, African music and afrobeats is one of the most influential sounds around. Afrobeats exploded out of Nigeria with such force and such distinctive style that it conquered the whole of Africa. If you put your ears to the streets of Africa, Europe and beyond, you’ll recognise that afrobeats has become a global music phenomenon. The most famous names in afrobeats are men, but women have contributed as much, often more to this genre of music. It’s an amazing time for afrobeats right now, here’s a list female afrobeats artists you should know, they are part of a growing movement of African sound that is influencing mainstream and pop culture globally.

Superbly talented, Yemi Alade lays her hypnotic melodious voice over some fresh African bounce and riddims so naturally that you know she was born to be an afrobeats artist. Not afraid to mix in some pop effects, Yemi keeps it fresh without losing her African roots. She’s a highly recommended introduction for those just discovering the fantastic females of afrobeats. Her 2013 massive global hit Johnny has amassed over 100 million views on YouTube, making her the first female afrobeats artist to hit 100 million views for a single music video on YouTube. Yemi Alade was also featured on “Don’t Jealous Me,” a track off the soundtrack album — The Lion King: The Gift by Beyoncé. When thinking of afrobeats music, Yemi Alade‘s name will always come to mind.

Efya a Ghanaian afrobeats singer, songwriter, and actress from Kumasi. Efya is relentlessly positive, singing with love but not afraid to try new sounds. It is simply not possible to remain unmoved by Efya’s music and performance. This award-winning afrobeats artist is just as energetic with her work ethics.

Simi was born in Ojuelegba, and has been performing since her childhood years. With a string of hits to her name – including Joromi, Jamb Question and Ayo – she is particularly beloved by all demographics. She’s a highly recommended introduction for those interested in the fantastic alternative sounds of the afrobeats.

Ghanaian singer MzVee is one of the most talented artists in the afrobeats genre. She is one of the female artists who has given new life to the genre with her fresh sound and unique production style of infusing afropop, dancehall and R&B.

Simply beauty and strength. Tiwa Savage, known as the Queen of Afrobeats, is the leading female afrobeats artist of this decade. Her sexy musical persona, high energy and mastery of African sounds has pushed her to the top of the genre and charts and made her one of the most notable artists to ever come from Africa. Tiwa Savage has given Africa and the world hits for every year and is noted as one of the most successful afrobeats acts in history. The Queen of afrobeats has a long list of legendary writing-credits in her catalogue, including Monica, Ciara, Fantasia and so many more. Tiwa was featured on “Keys to the Kingdom,” a track off the soundtrack album — The Lion King: The Gift by Beyoncé.

Vanessa Mdee is one of the biggest artists of the bongo flava genre in Tanzania. However, she’s also known to be one of leading the class of female afrobeats artists in Africa. Her soulful voice over infectious and energetic beats, paired with melodic-rap lyrics she often writes itself.

Chidinma rose to stardom in 2010 after winning the third season of Project Fame West Africa. To really appreciate her best work, delve into what she’s done solo including such works like Fall in Love, Kedike and Yanga. Her hypnotic voice, infectious smile and flawless rhythm that is impossible to ignore – she compels you to get groovy. With almost a decade in the mainstream, have cemented herself as a pioneer of afrobeats music and African culture.

Niniola since 2015, has quickly become a household name in Nigeria and in the Africa continent. Her style of music as Afro-house, a blend of afrobeat, folk and house music – have captured the hearts of many around the world. Niniola is the older sister of the afrobeats’ rising star singer Teni.

Waje have a classic voice and sound that projects an engaging emotional energy. She’s recorded some superb melodic afrobeats ballads. Waje makes her afrobeats contributions a priority by producing quality music. And also, as being a judge and critic in various Nigerian music competitions where she spots new talents.

Asa pronounced as Asha in Yoruba, was destined for musical greatness. Asa’s eponymous debut album was released to great excitement in 2007. She has a seductive smoothness to her fantastic voice that glides above the distinctive infused beats of afrobeat, indie and jazz that grounds the music. Asa’s music has a depth and meaning to its message. Prepare to be entertained and be engaged with her sound through conscious positivity.

We also recommend our guide to 10 popular afrobeats songs for your 2019 summer playlist. 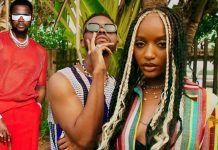 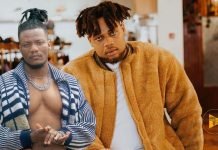 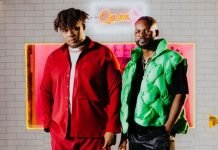