Nervous Conditions (1988) by Tsitsi Dangarembga is story about a young woman in modern Africa! Nervous Conditions is a novel by Zimbabwean author Tsitsi Dangarembga. A semi-autobiographical coming of age story about a young woman in modern Africa. The story takes place in post-colonial Rhodesia during the 1960s, and brings to the politics of decolonization theory the energy of women’s rights. The story centers around female cousins Tambu and Nyasha – both lead very different lives. Tambu was raised in Umtali where she was responsible for household chores, gardening, and caring for her younger siblings. Nyasha spent most of her formative years studying in England. When she comes back to Africa she realizes the vast differences between European culture and African culture – especially where what is taken for granted has become the societal norm.

The novel attempts to illustrate the dynamic themes of race, class, colonialism, and gender during the post-colonial conditions of present-day Zimbabwe. Nervous Conditions has been dubbed a modern classic in the African literary canon. First published in the United Kingdom in 1988 by the Women’s Press. 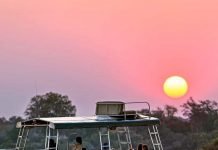 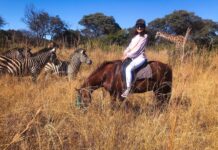 The Best Things to See & Do in Harare