Ghana is one the most beautiful and most popular countries in West Africa. It is known for its diverse attractions, wildlife, old forts, beaches, colonial buildings and castles turned into museums, which now serve as testimonials to the slave trade. With so many regions and cultures, this is definitely one country you want to explore. This African country has some very symbolic and historic sites that witness a large influx of tourists that keeps boosting Ghana tourism. Read on to discover some of the top-rated tourist sites and historic places to visit whenever in Ghana.

Erected by the Portuguese in 1482 and originally named ‘sao Jorge de mina’ (St. George of the mine), the Elmina castle was the first trading post built on the gulf of guinea in a town called ‘Amankwa’. It was initially established as a trade settlement to protect the gold trade, but later it became one of the most important routes of the Atlantic slave trade. In 1782, the British attacked the city but it remained in the hand of the Dutch until 1872 when the Dutch gold coast was sold to the British.

After so many years of colonialism and slave trade, Britain finally granted independence to the gold coast in 1957. With the independence, came the control of the castle to the new nation which is now known as the modern day Ghana. Today, Elmina castle is a popular historical site where people go and connect with their roots and empathize with their forefathers-be sure to go with your tissue/handkerchief though, because it can get pretty emotional and intense! Elmina’s economy is sustained by tourism and fishing. The castle is also preserved as a Ghanaian national museum and recognized as a world heritage site by UNESCO. It is located in Elmina town and based on its popularity, it is not a difficult place to locate. This is a place you would definitely love and appreciate.

The kakum national park was established in 1932 as a reserve, and was originally used for the extraction of timber. The park itself was opened in 1994, and has been enjoying the support of the Ghana heritage conservation trust alongside USAID to ensure that it is kept in good shape and maintained. It is located in the central region of Ghana; about 20 kilometers north of cape coast and covers 360 square kilometers of Ghana’s rainforest. The park is one of the only 3 places in Africa that has the ‘canopy walkway’ which is one of the most sought after tourist attractions in Ghana. The walkway is about 350 meters long and it connects seven tree tops which provide access to the forest. It was designed by two Canadians who were looking to create a unique feature in the park, okay mission accomplished. The bridges hang from trees that are above 130 feet above the ground. The bridges which were made of wire, rope, aluminum and wooden planks, have high safety netting that keep people from falling. So, it is perfectly safe.

The wildlife in the park is also another thing that tourists tend to look forward to. Animals like, the Diana monkey, the antelope, the African elephant, and various species of birds all have their habitat in this park. In fact, the bird inventory confirmed that there were 266 species in the park. The kakum national park has been listed under the tentative list of world heritage site, because it has been found worthy of that title.

The Aburi botanical garden is located in the eastern region of south Ghana in a town called Aburi. It is a very cool and beautiful town with very friendly people, making your experience even more fun. Prior to its opening in 1890, it served as a site of a sanatorium for the gold coast government officials. The gardens also played an important role in encouraging cocoa production by supplying affordable seedlings and information to the people in south Ghana.

Despite the number of years of existence, the gardens still stand beautiful. The royal palm trees which are beautifully lined at the entrance give you a breathtaking moment when you set foot in Aburi gardens. If you are a lover of nature and all things beautiful, then this is the place for you. Its ambience and serenity is just something you would immediately fall in love with. This is without a doubt one of the best places for a picnic in Ghana, and you can also go mountain hiking! How cool!

Named after the first president of Ghana and designed by Don Aurthur, the mausoleum is located in downtown Accra, which is the capital of Ghana and is dedicated to Dr. Kwame Nkrumah. The park was built on a former British polo field which was the point where Kwame Nkrumah declared independence in 1957. It has a total surface area of approximately 5.3 acres; it houses a museum that traces his personal life with a lot of his personal items on display. The most captivating thing there however, is the mausoleum which happens to be the final resting place of Nkrumah and his wife Fathia. The mausoleum is designed from top to bottom with marble; it is also surrounded by water which symbolizes life. Another feature of the mausoleum is the skylight at the top that illuminates the grave showcasing its jaw-dropping beauty.

The design of the mausoleum which represents swords turned upside down is a symbol of peace, some people call this memorial park the genesis of the history of Ghana, and honestly it couldn’t be far from the truth. It is said that where his bronze statue is erected is sited as the exact position where he proclaimed Ghana’s independence. The Ghanaians sure know how to pay their respects! This place is a definitely a place that you must visit during your stay in Ghana.

We also recommend our guide to the 5 most beautiful beaches in Ghana.

15 Most Romantic Destinations in Madagascar 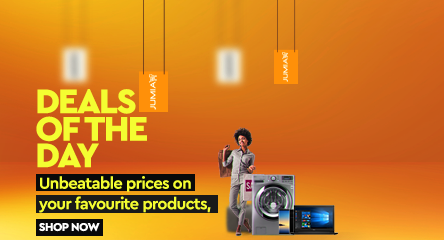