The Basilica Our Lady of Peace of Yamoussoukro is an iconic Yamoussoukro sightseeing located in the capital of Côte d’Ivoire (Ivory Coast) is one the most popular and largest monument in Yamoussoukro and the world’s largest church. This magnificent piece of architectural masterpiece was constructed between 1985 and 1989 and was inspired by the Basilica of Saint Peter in the Vatican City. The church has made huge impact on Ivory Coast tourism as it happens to be the most visited tourist attraction in the city is surrounded by green grass lands and cattle grazing can be seen from around the church which provides the scenery of the church with more beauty. Tourists visiting the massive monument can also find a big scenic palm garden and a lake full of pink Waterlily around the church which is all the more reason why it is visited the most.

Facts About Basilica of Our Lady of Peace

With all this being stated, we hereby urge you all to go out to Yamoussoukro to experience the basilica for yourself and drink in the whole architectural beauty and ambiance of it’s structure.

You should also check out The Best Shopping Malls in Luanda 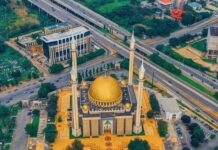 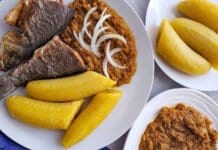